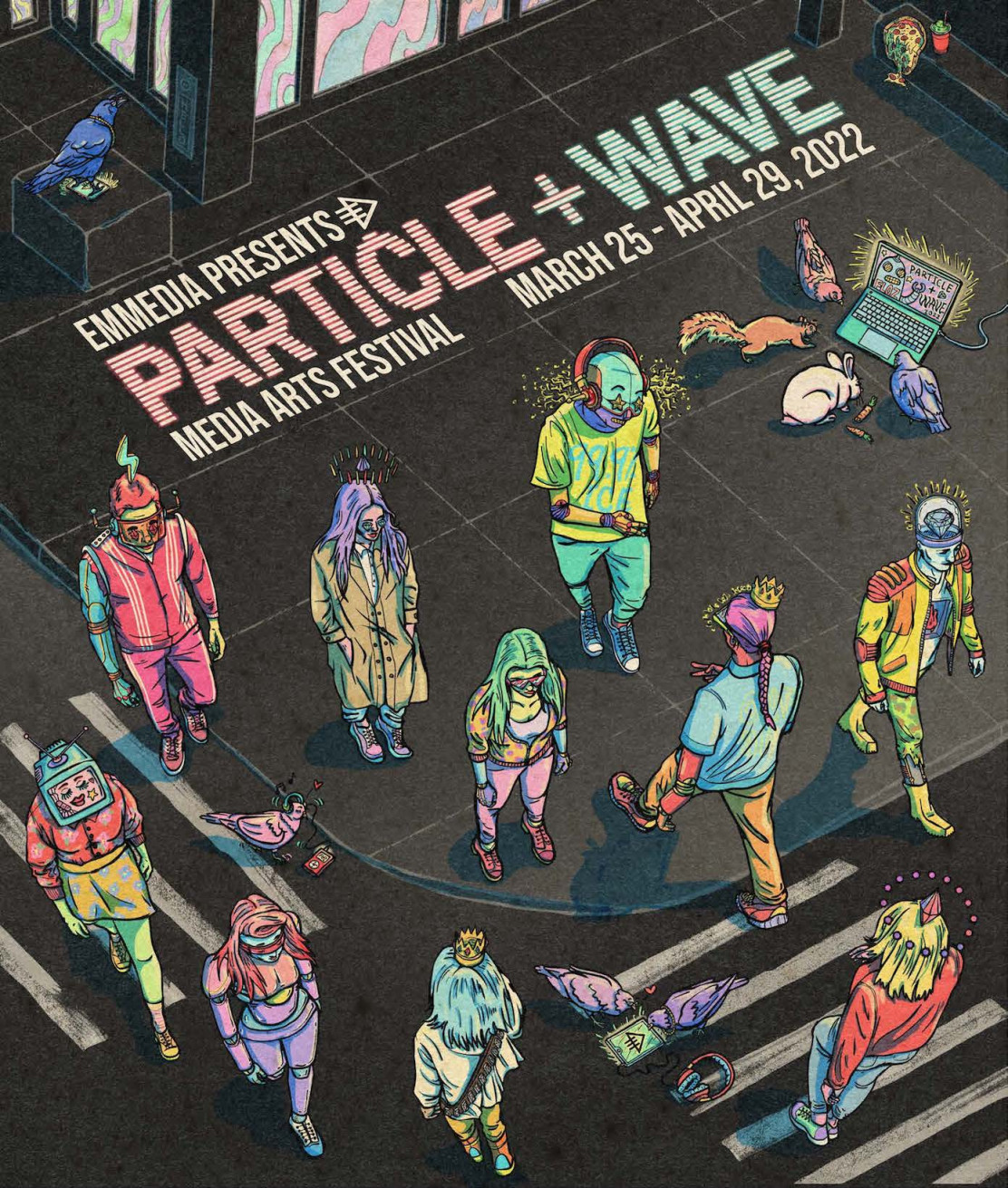 Come and check out the opening of our media arts exhibition as well as one-night-only projections in collaboration with Quickdraw Animation Society.
Plus, CoViz_2021: A fun interactive artwork by Tyler Longmire !
Doors open at 6pm - Projections start at 8pm!
This is a free event.
-
This event will be COVID Friendly and partially outside so bring your spring jackets!
-
Grab complementary & delicious Caribbean food made by Healthy Baby YYC while you're here!
-
Poster by Trey Madsen
-
The 2022 Particle + Wave Festival Exhibition will last from March 25th-April 29th at EMMEDIA Gallery and TRUCK Contemporary Art Gallery, if you can't make it for the opening you have all month to check it out!
-
In the spirit of reconciliation, we acknowledge that this event will take place in the traditional territories of the Blackfoot Confederacy (Siksika, Kainai, Piikani), the Tsuut’ina, the Îyâxe Nakoda Nations, the Métis Nation (Region 3), and all people who make their homes in the Treaty 7 region of Southern Alberta.

This Exhibition will be open from March 25th - April 29th 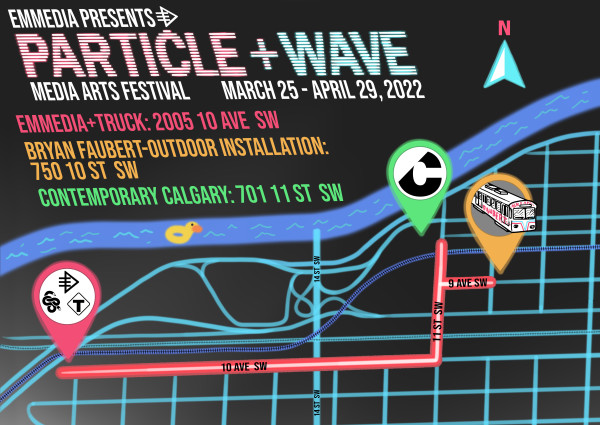 CoViz_2021 is an experiment in computer vision and real-time rendering of live motion-capture data. Using scavenged hardware, a beefy computer, custom CGI, and the free Unity game engine, I wanted to create a fun and accessible party favour, where the users’ movements get mapped onto outlandish characters in a 3D, cartoon world. Up to four people can dance together in front of the Kinect camera, and their movements are translated onto their cartoon avatars in real-time. They move when you move, dance how you dance. It’s not perfect – the tracking gets confused when the user turns around, or stand in front of each other, for example – but the glitches are part of the fun. The installation comes in two flavours: a calming outdoor scene in a forest, and a panic attack in a kitchen on fire.

Tyler Klein Longmire is an animator based in Mohkinstsis, Calgary AB Canada, Treaty 7 territory. His practice spans from animated films, to media art, to interactive spectacles for the stage, screen, or installation. They are currently working on a new animated film, Renderfamily, with support from CADA, the AFA, and the NFB; developing a lil’ video game in collaboration with the Old Trout Puppet Workshop; and freelancing with Montreal animation studio E.D. Films. Recent work includes contributions to the new Indigenous People’s Experience at Fort Edmonton Park, and designing a real-time CGI, motion-capture, augmented reality online performance with Alberta’s Major Matt Mason Theatre Collective, 366 Days by David Gagnon Walker, which premiered in November 2021. He serves on the board of the Calgary Animated Objects Society, and is a producing member and former Production Director of the Quickdraw Animation Society. He holds a BFA in Theatre from the University of Victoria. Check out their website at www.tklongmire.com ! 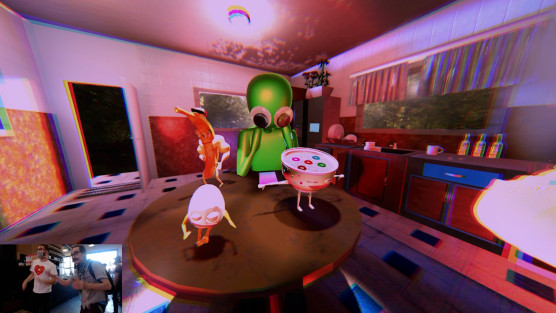 If you've taken one of Lyndon Navalta's After Effects courses, you know that he's an absolute wizard with that program. If you haven't, well, even a quick glance at his Instagram is more than enough to show how ridiculously talented Lyndon is as an artist, a fact Quickdraw took full advantage of back in 2014 when he created the festival artwork for GIRAF's 10th anniversary. That's not even mentioning the various other projects he's contributed to, from creating the eye-catching designs for Quickdraw's On LGBTQ2S+ Animation publication to a host of comic, film, and other artistic projects.

Clearly, we think the world of his art, but we also think his praises haven't been sung widely enough, which is why we're excited to share Time Well Wasted: Sketches on Hypnosis, a collection of his recent work, as part of EMMEDIA's Particle + Wave festival. Head down to West Village Arts & Culture (Quickdraw's building in Sunalta, which is also home to EMMEDIA, TRUCK Gallery, The Bows, and West Village Theatre) on March 25 for the opening reception of this year's Particle + Wave. It's going to be a treat. 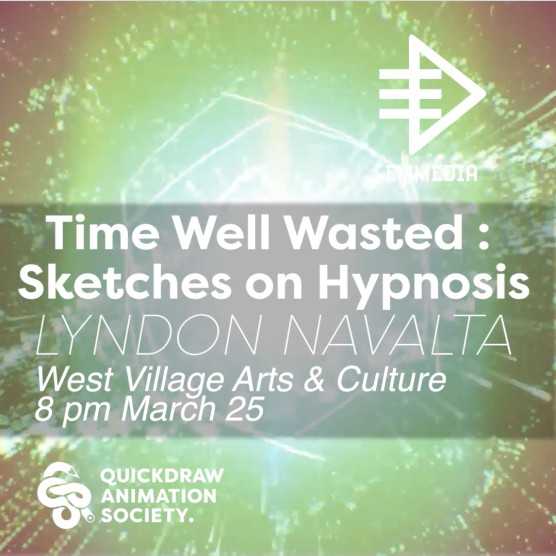 Concrete Music is an instrument that defies the conventions of standard musical instrument production and embraces the dynamic qualities of sound apart from melody, harmony and structured rhythm. This instrument transforms the harsh noise of industrial materials and construction processes into new sounds, by translating them through everyday household objects; metal hanging hooks, springs, a glass canning jar and water. A 100LB block of concrete is pulled across a concrete floor, sending vibrations through a series of resonators; first through a rectangular wooden frame, then into the springs and glass jar. A contact microphone is attached to the lid of the jar, amplifying these new sounds. In playing the instrument, a process emerges that emulates the building of a house; labor involving friction, force and construction materials create the framework in which we exist in our daily lives.

Derek Haussecker is a multi-disciplinary artist and musician from Calgary, Alberta. His work often explores the relationships between sounds, colours and form. As a percussionist he utilizes patterns, rhythm and the dynamics of sound as tools to create an atmosphere or experience that intrigues the viewer/listener and attracts them to investigate the relationships between what they are seeing and hearing. In creating physical or audio work, he adopts a process of experimentation and revisitation to make objects and sounds. Using common materials and themes that are reimagined into a new experience. He aims to encourage to viewer/listener to question reasoning behind the creation of sound and music, broadening the scope of sonic possibilities to be enjoyed and understood. His work will range from sculptural objects and installations working with sound and light to time-based audio and video compositions and live audio performanc 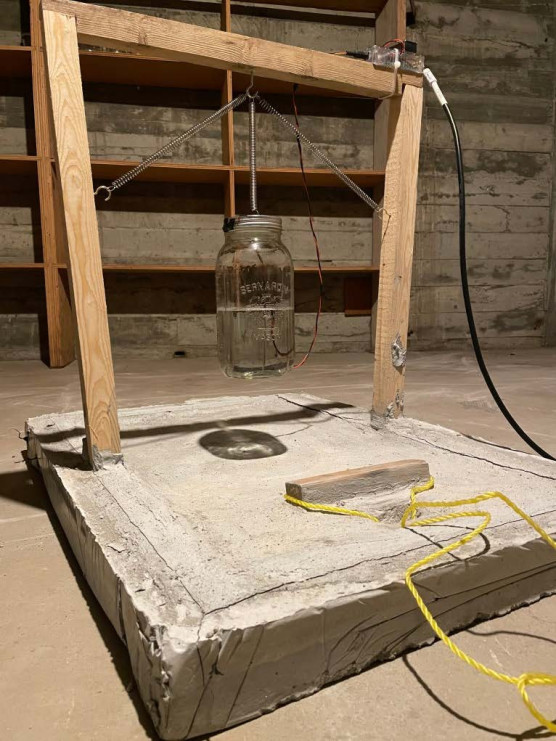 With the launch of their new website, the Quickdraw Animation Society commissioned 10 members to remix their “snakey pencil” logo by creating a looping animation that will live on the website's landing page for years to come. For the Particle & Wave festival, they are excited to premiere the animations by illuminating their west windows and projecting the loops out into the world.

The snakey pencil logo can take many forms, and with this project, Quickdraw wanted to see how our membership could translate it into motion. The artists commissioned represent the different entry points people have found to stumble upon Calgary’s animation-focused artist-run centre. Some of the animators are alumni from QAS’ adult or youth classes. Others are current producing members, or have served on the QAS board of directors. Some are relatively new to Quickdraw, while others have been practicing animation with them for decades. 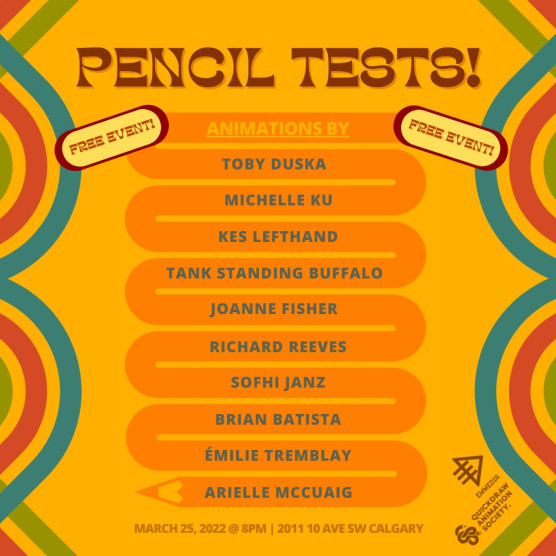