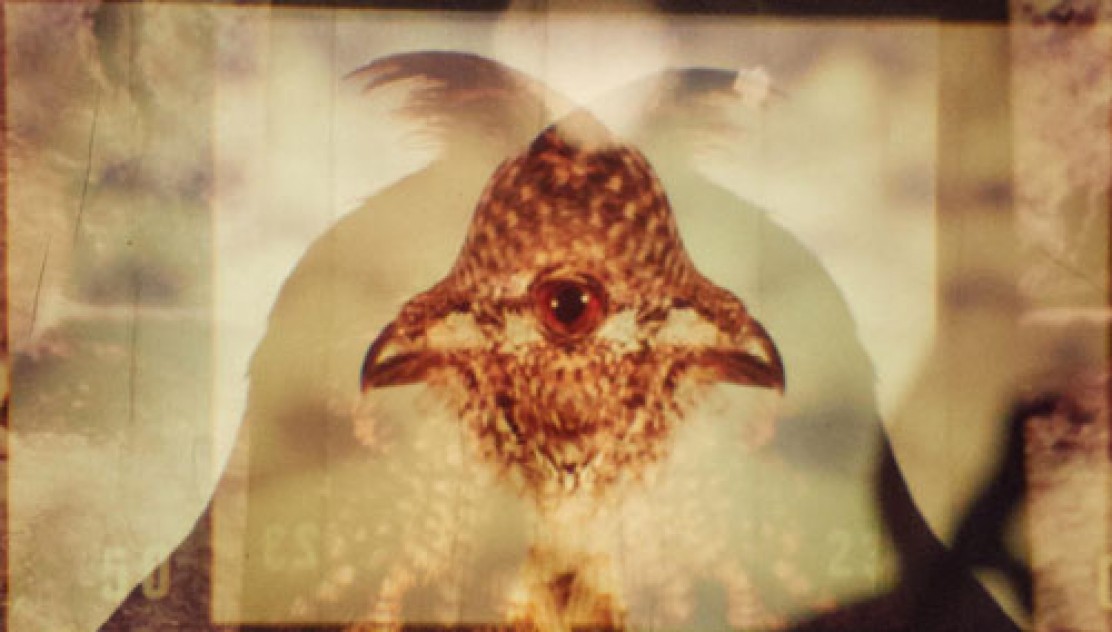 EMMEDIA is proud to present this year’s screening program for PARTICLE + WAVE that features filmmakers from across Canada and around the world that experiment with narratives, mediums and perspectives. This year’s program explores the intimate connection between our personal relationships within foreign and familiar, natural and man-made landscapes.

To open the screening program, the melodic sounds of Ghostkeeper is accompanied by a live projection performance by local media artist Joe Kelly.

The music of Ghostkeeper is a continually-evolving organism; the defining aspect of all their music to date, coursing through each of their evolutionary stages, is that the band truly sounds like no one else. The current iteration of the band – uniting core members/vocalists Shane Ghostkeeper and Sarah Houle with drummer Eric Hamelin (Chad VanGaalen, Nomoreshapes) and bassist Ryan Bourne (Sleepkit, Devonian Gardens, Chad VanGaalen) – has carved out Ghostkeeper’s most unique sound world to date. Their songs incorporate elements of 60s girl-group melodies, dashes of country royalty- Lynn, Wynette, and Cline, and a profound melodic sense drawn equally from ‘90s indie rock, African pop, and traditional Aboriginal pow wow music. The results are as catchy as they are singular.

Joe Kelly is a Newfoundland-born and Calgary-based filmmaker and media artist with a large body of media art, encompassing film, video, installation and performance. He’s exhibited installations and films in galleries and at festivals all over the world and guest lecturing at post-secondary schools across North America. Studying film and video at the Quickdraw Animation Society and the Calgary Society of Independent Filmmakers, Joe works primarily with film and video and has completed and screened many films on super 8, 16 and 35mm formats. Highly active in the Calgary media arts community, Joe has participated in mentorship projects with EMMEDIA Gallery & Production Society and making documentaries and educational videos for organizations like Vecova, the Calgary Drop-In Centre and the University of Calgary Faculty of Social Work. 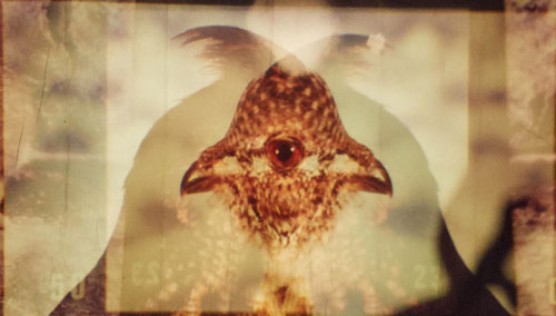 A bird’s eye view of cornfields reveals geometric shapes and describes a landscape that has been distanced from “nature" to reveal beauty, precision, and destruction. This landscape is only a utility space, used for food and energy production for urban consumption. Here, the harvest becomes a solvable geometric task, efficiently managed by GPS and drones. All shots were taken around Schöppingen, Germany, where 80% of the total cadastral area is utilized for agriculture. With help from machines, only 3% of all employees work in the field of agriculture.

Thadeusz Tischbein is a Germany-based video artist. He is interested in cruel intersections of history and everyday live. In his films, he often uses documentary material along with models and archival material to develop a fictionalized version of a documentary, a forensic speculation. Thadeusz Tischbein studied between 2008 and 2016 in Leipzig, Braunschweig (Germany) and Bucharest (Romania) with Candice Breitz and Clemens von Wedemeyer. He lives and works in Leipzig, Germany. 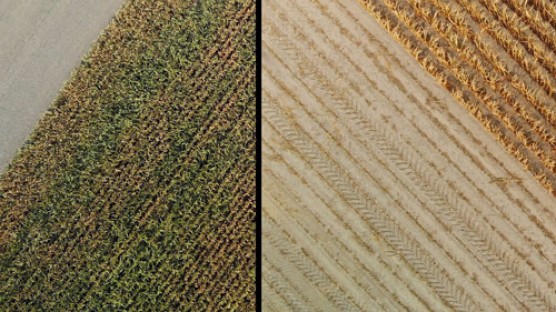 Caribou in the Archive

In Caribou in the Archive, rustic VHS home video of a Cree woman hunting caribou in the 1990s is combined with NFB archival film footage of northern Manitoba from the 1950s. In this experimental film, the difference between homemade video and official historical record is considered. Northern Indigenous women hunting is at the heart of this personal found footage film in which the filmmaker describes the enigmatic events that led to saving an important piece of family history from being lost forever.

Jennifer Dysart is a director of short films, a set decorator, an archive researcher, a field producer, a former assistant director and a production coordinator. She is an archive enthusiast and loves found footage and experimental films. Caribou in the Archive was a commissioned work for the Home Made Visible project by Regent Park Film Festival. Jennifer was born in Alberta (Blackfoot territory), raised in BC (Coast Salish territory), lives in Hamilton, Ontario (Haudenosaunee territory) and has Cree roots from South Indian Lake, Manitoba. 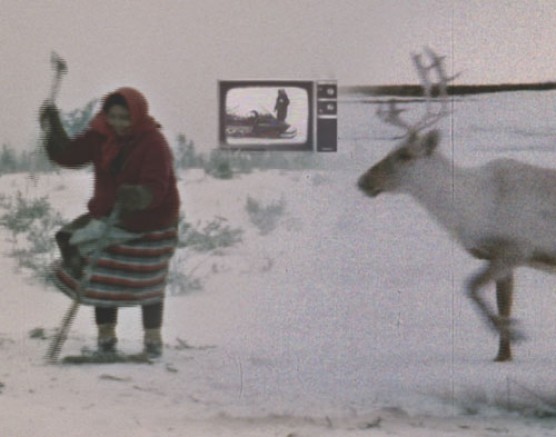 Functional and aesthetic values in recurrent, yet questionable domestic scenarios.

Luca Cioci is a filmmaker and visual artist from Italy. He recently graduated with a BFA in Animation from CalArts and currently resides in Los Angeles working as a multi-disciplinary freelancer. 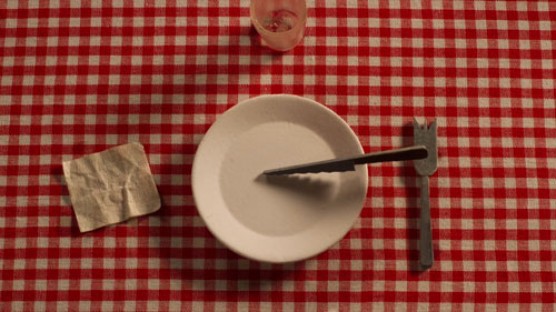 Emmanuel Fraisse graduated from La Fémis in 2018, after four years of studying cinematography. Bloom is his graduation film and features animals in Japan.

風不太冷 (In Passing) transports viewers and immerses them in the fleeting moments of everyday Hong Kong. Following two neighbours as they grow up in government housing in bustling Mong Kok, Kowloon, the film pays homage to old Hong Kong, and aims to capture the history and rich culture of the times. The film is inspired by my parents’ reminiscing on their childhoods.

Esther Cheung is an artist based in Toronto and a recent Sheridan College Animation graduate with a great appreciation for art and cinema. Animation being the perfect marriage of the two, she hopes to create animated films that explore her cultural identity and heritage. 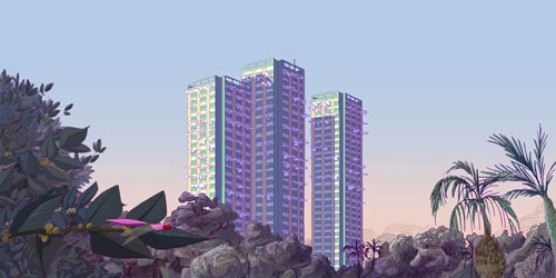 Transparent, the world is.

The film is a portrait of my daughters and I, depicting the relationship between “the personality” and “the world/society”. My daughters become social/universal existences from personal existences. The definition of “red” extends to “life” and appears as a powerless and religious Daruma doll which loses its arms and legs. “White” and “black” rise above a simple dichotomy and start to possess the concept of “gray”, and the world which is made of a mix of various colours becomes “transparent”. If you keep sticking to “the personality”, it changes to “the world”.

Yuri Muraoka was born in Tokyo in 1981, and is the mother of two children. She dropped out of the high school attached to the Japan Women's University, and graduated from the 26th class of Image Forum Institute of the Moving Image. She continues to create moving images and photographic works of "self-portraiture". All of her works are self-created and self-performed. 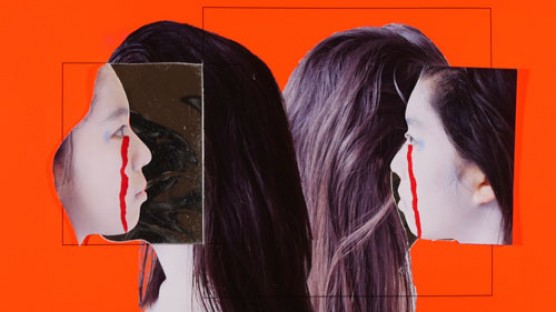 Iron filings and magnets become tools of divination as a dowser conducts a site reading of a drill cuttings sample from an abandoned oil well in Alberta, Canada.

Canadian artist Alana Bartol creates relationships between the personal sphere and the landscape, particular to our moment of environmental precarity. Through performance, drawing, and video, her site-responsive works explore walking and divination as ways of understanding across places, species, and bodies. Her video work has been presented in festivals and galleries nationally and internationally. Bartol is a settler Canadian currently living and working in Treaty 7 territory in Moh'kins'tsis/Calgary, where she teaches at the Alberta University of the Arts. 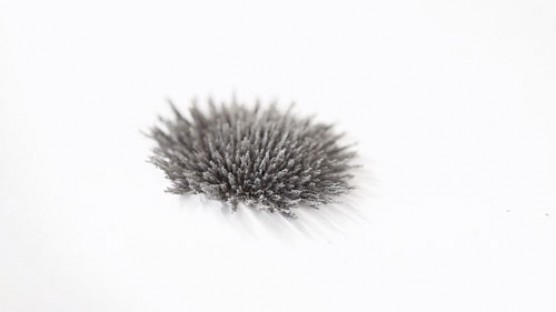 The Names of Trees

Images of decay and regeneration photographed using a video camera whose sensor has been modified for infrared photography create a post apocalyptic, strangely beautiful, but disconnected world. A series of largely deserted rural and urban landscapes concretizes the bittersweet memories of a failed relationship that haunts the narrator in Pamela Falkenberg and Jack Cochran’s film poem, of Lucy English’s The Names of Trees for her Book of Hours project. (http://thebookofhours.org/)

Jack Cochran and Pamela Falkenberg make personal films together under the name Outlier Moving Pictures. Their first film together, The Cost of Living, was based on some of Jack's short poems, and was screened at several film festivals nationally and internationally. It was also nominated for two awards at the Jim Thorpe Film Festival, and took the award for best experimental film at the WV FILMmakers Festival. They continue to produce short poetry films that have screened all over the world, winning multiple awards. 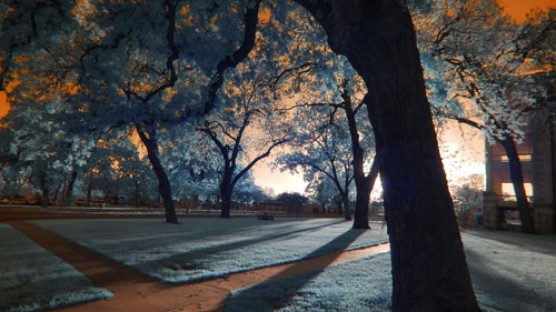 Nadia's Songs follows a teenage boy who finds a collection of CDs that used to belong to a stranger known only as Nadia. In their shared taste in music he imagines her life story while in turn reflecting on his own. One part essay and one part love letter to second hand music shops, Nadia's Songs explores the many ways we can forge our identities through the art we consume and things we collect as young adults.

Born and raised in Orangeville, Ontario, Nick White began making short experimental films on his own in his teenage years before attending York University's film production program. His past works have straddled multiple styles including essay films, experimental, documentary, science fiction, and comedy. He has continued to work as a picture editor and sound designer on films for others, while he directs his own projects. 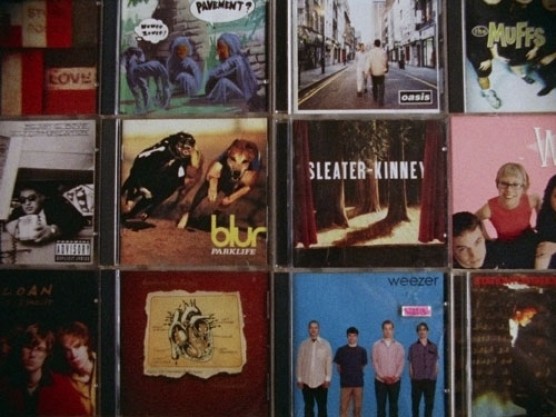 In 1985, the great soprano Leontyne Price sang the title role in Verdi’s Aida as her farewell opera. After the ‘O patria mia’ aria, the audience breaks into a four-minute applause. Oh My Homeland is the third in a series of minimal single shot 16mm films I’m currently building. It’s a film about representation, art, and material exchange. It’s a film about endings. It’s a film about identity, love, power, patriotism and the transcendent potential of art through the viewing of a face receiving adoration.

Stephanie Barber is a writer and artist who has created a poetic, conceptual and philosophical body of work in a variety of media. Barber’s films and videos have screened nationally and internationally in solo and group shows at MOMA, NY; The Tate Modern, London; The Whitney Museum of American Art, NY; The Paris Cinematheque; The Walker Art Center, MN; MOCA Los Angeles, The Wexner Center for Art, OH, among other galleries, museums and festivals. 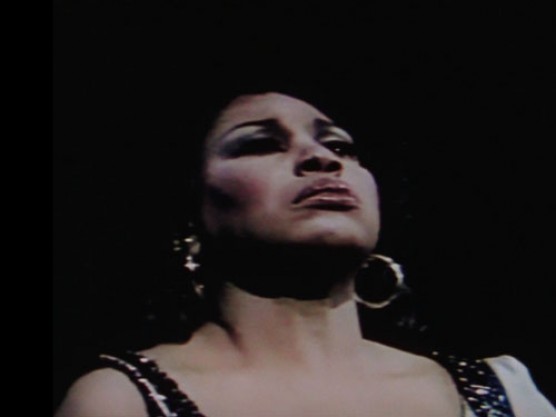